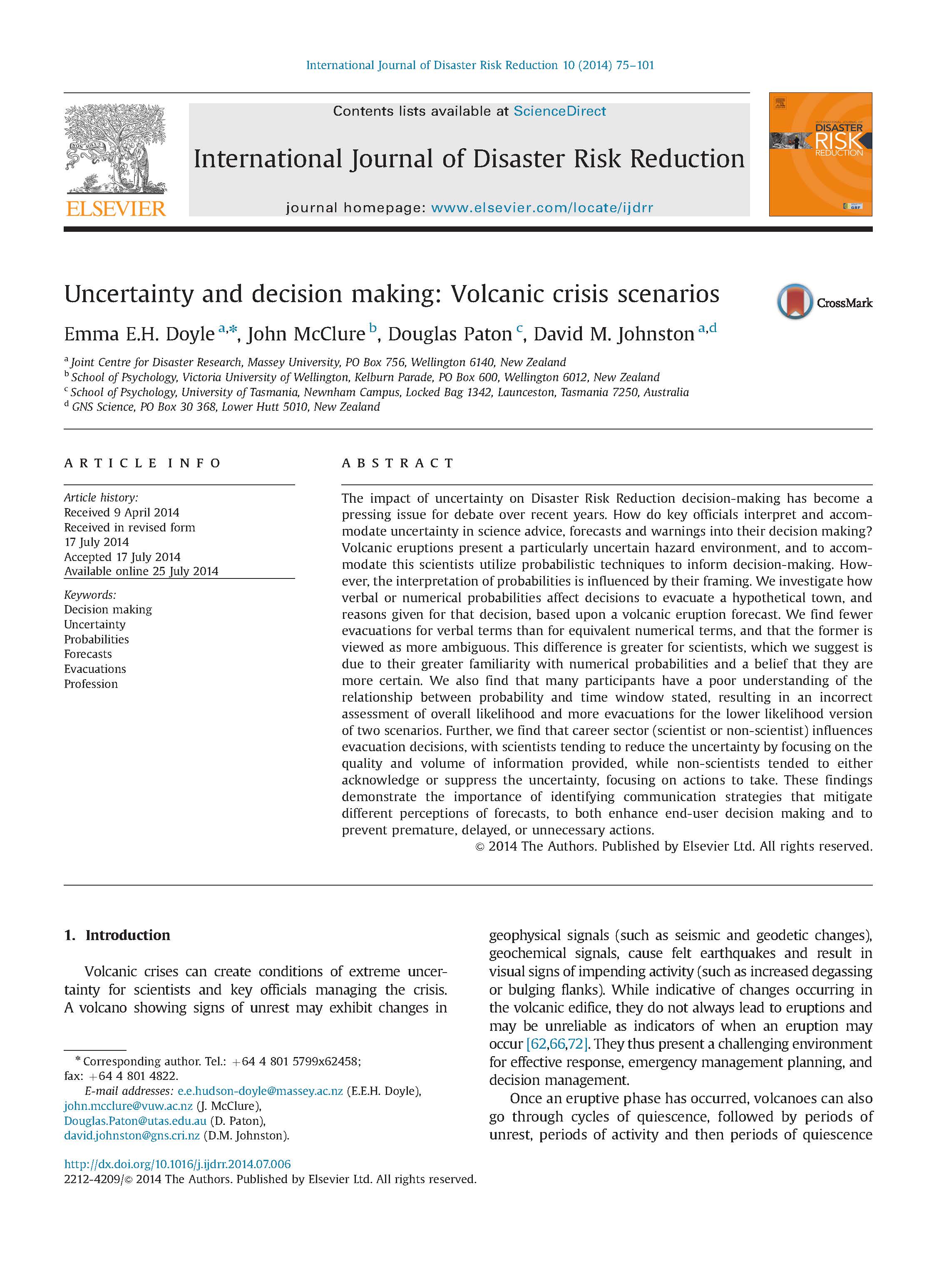 The impact of uncertainty on Disaster Risk Reduction decision-making has become a pressing issue for debate over recent years. How do key officials interpret and accom- modate uncertainty in science advice, forecasts and warnings into their decision making? Volcanic eruptions present a particularly uncertain hazard environment, and to accom- modate this scientists utilize probabilistic techniques to inform decision-making. How- ever, the interpretation of probabilities is influenced by their framing. We investigate how verbal or numerical probabilities affect decisions to evacuate a hypothetical town, and reasons given for that decision, based upon a volcanic eruption forecast. We find fewer evacuations for verbal terms than for equivalent numerical terms, and that the former is viewed as more ambiguous. This difference is greater for scientists, which we suggest is due to their greater familiarity with numerical probabilities and a belief that they are more certain. We also find that many participants have a poor understanding of the relationship between probability and time window stated, resulting in an incorrect assessment of overall likelihood and more evacuations for the lower likelihood version of two scenarios. Further, we find that career sector (scientist or non-scientist) influences evacuation decisions, with scientists tending to reduce the uncertainty by focusing on the quality and volume of information provided, while non-scientists tended to either acknowledge or suppress the uncertainty, focusing on actions to take. These findings demonstrate the importance of identifying communication strategies that mitigate different perceptions of forecasts, to both enhance end-user decision making and to prevent premature, delayed, or unnecessary actions. 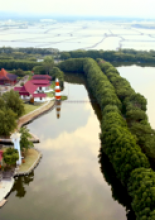