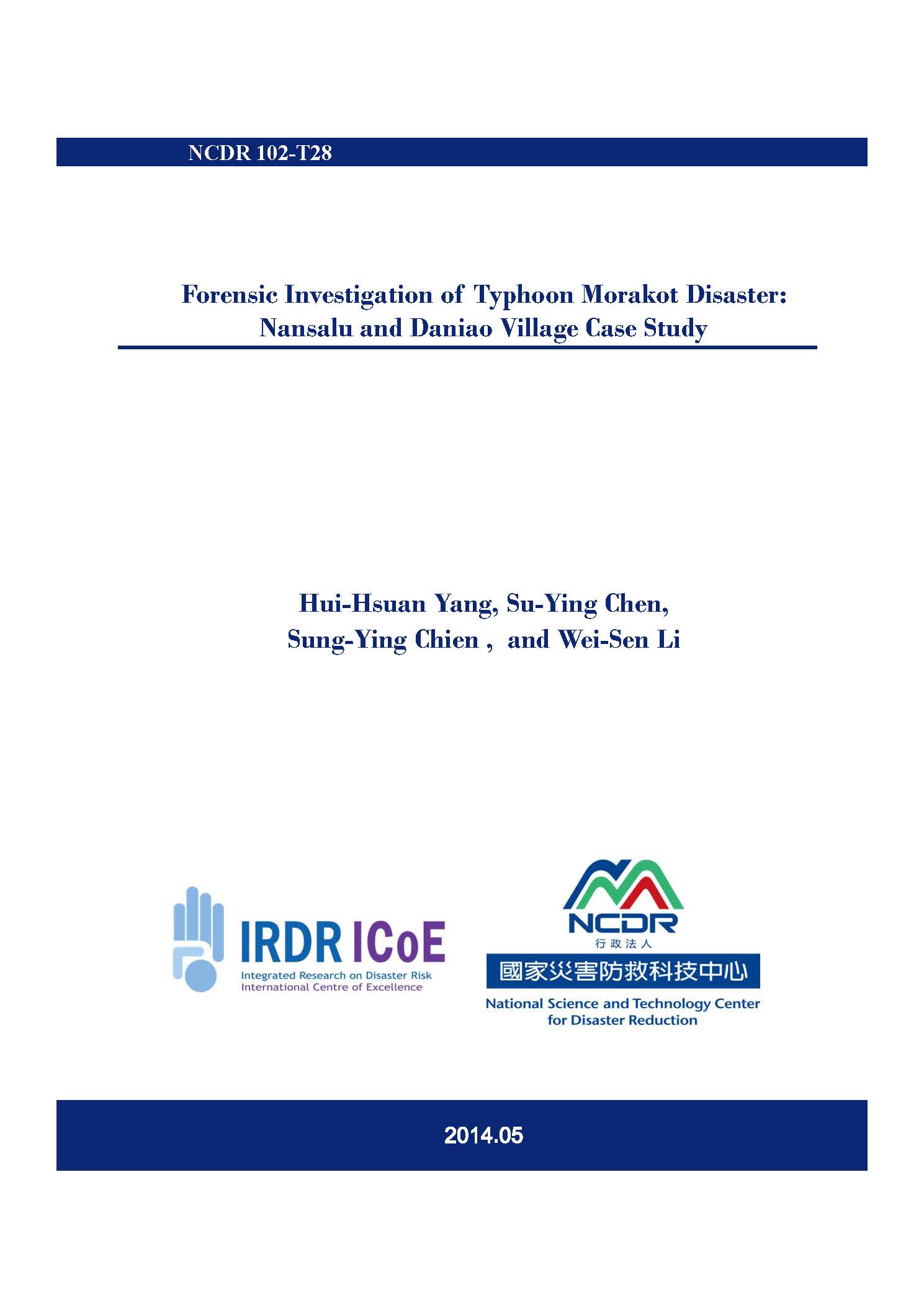 This study explores the causes of the Typhoon Morakot disaster based on adopting principles proposed by the forensic investigation approach, so as to learn from experiences of past disaster and disaster resilience. Typhoon Morakot severely devastated the southern areas of Taiwan in August 2009 and brought record‐breaking rainfalls ever recorded, causing large‐scale floods, landslides and debris flows. Indigenous tribes living in mountainous areas were the hardest hit, including loss of original inhabitation, damages to homes, and heavy casualties. In order to learn from Typhoon Morakot, this study compares two communities that were adversely impacted by debris flow in 2009: Nansalu Village in Kaohsiung City and Daniao Village in Taitung County. Through conducting on‐site interviews, reviewing secondary data and applying cause effect analysis, this study is aimed at gaining insight understanding of why and how local residents find their own solutions to enhance resilience at grassroots level . By comparing real situations after Typhoon Morakot, the learned experiences extensively help communities to take decisive decisions that bring more deep reflections about how to adapt themselves to afterward extreme events in 2010 and later on.

According to strategies of two areas about how to mitigate key factors leading to casualties and how to better enhance emergency preparedness, the countermeasures did reflect different outcomes between two areas. Namaxia Township Office and the head of Nansalu Village did not well implement response measures as expected.

In contrast, the head of Daniao Village and the Township Office actively responded to emergency and decisively evacuated residents within potentially hazardous areas. Furthermore, shelter operation of the two villages also had shown significant differences, in which the shelter of Nansalu Village was poorly operated in condition of shortage of food, water and medical supplies, while Daniao Village and the township office properly responded and handled the shelter and supplies for evacuees. At stage of quick relief, Nansalu Village did not have an official contact window to coordinate required aid, while supplies and aid were rapidly shipped to Daniao Village under the Township Office’s assistance. The comparison of these two cases shows that involvement of social factors related to preparedness and past experience of disaster are essential elements to lower adverse impacts brought by natural disaster. In order to strengthen disaster resilience, social factors born by local residents and public sector should be considered as a linkage to formulate public‐private partnership on strengthening disaster resilience. 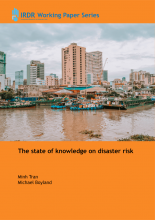 IRDR Working Paper Series (Vol. 3): The state of knowledge on disaster risk
19 January 2022 15:38
This publication is the first paper of the IRDR Working Paper Series (Vol.3). It was initiated for the development of the new Global Research Agenda - A Framework for Global Science In Support of Risk-informed Sustainable Development and Planetary Health.