The 20th IRDR Scientific Committee Meeting was held on 15 Oct followed by the International Conference on Integrated Science & Technology Contributions for Informed National Policy-Making and Action for the Implementation of the Sendai Framework on 16-17 Oct in Chengdu.

Irina Rafliana co-chaired the breakout session of Sendai New Hazards. She is also one of the focal points of IRDR National Committee Indonesia. Annisa Triyanti co-chair the breakout session of Review and contextualization of S/T road map and implementation strategy. She is the member of UNISDR STAG to present the young scientists and also the focal point of UN Major Group of Child and Youth. Michael Boyland presented the IRDR International Centre of Excellence of Transforming Development and Disaster Risk (IRDR ICoE TDDR).

IRDR together with UNISDR and other partnerships value the young generation on their incredible potentials and energies in DRR field.  The young scientists are one of the top priorities for the DRR capacity building. We are looking forward to embracing more young scientists and young people from other stakeholders. 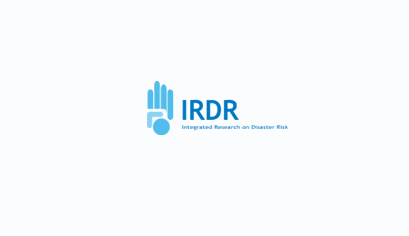 A scoping review of postdisaster social support investigations conducted after disasters that struck the Australia and Oceania continent
22 October 2019 17:01
IRDR young scientists Dr. Johnrev Guilaran published a paper with colleagues on the Disasters. This scoping review provides a summary of research findings on social support dynamics in the aftermath of disasters that occurred on the continent of Australia and Oceania between 1983 and 2013. Fort...

In pursuit of effective flood risk management in the Mekong Region
15 March 2019 15:08
This is a joint SEI and SUMERNET discussion brief authored by Micheal Boyland as part of his research plan for IRDR Young Scientist. It is also an output from the IRDR ICoE-TDDR. The Sustainable Mekong Research Network (SUMERNET) is an initiative for research and policy engagement bringing t...