At the end of March 2014, IRDR met with delegates from a number of countries, representing governments, international science bodies, UN agencies, the private sector, NGOs as well as international scientists to discuss how science and technology can best contribute to disaster risk management in the context of the post 2015 Hyogo Framework for Action.

Participants developed the statement, which calls on governments and other stakeholders engaged in preparations for the post 2015 international discussions on the successor to the Hyogo Framework for Action and the post 2015 Sustainable Development Goals to support the implementation of an Action Agenda to establish and promote an international science advisory mechanism for disaster risk.

The statement also calls on scientists, scientific organisations, science networks and other entities around the world to share ideas and actions for advancing and developing the Action Agenda.

The collaborators and participants hope this statement will help inspire discussions and encourage countries to consider how they might use scientific evidence to inform disaster risk reduction.

The UNISDR Science Technology and Advisory Group, the International Council for Science (ICSU), UNESCO and other organisations are now considering next steps. 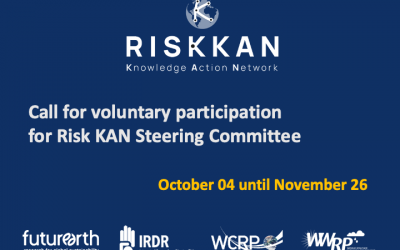